This article was made by Rikako, an Ama diver of Ijika in Toba city, through several personal interviews to know the story of each Ama diver.

What was your impression of the Ama before you became one yourself?

I imagined all Ama were chubby, very healthy and strong. I thought they were all open-minded and willing to talk with strangers. But in the case of Ijika, it was not completely right. Some people were chubby and big, but most of them were quite slender and didn’t look so strong. Half of them were a bit shy and didn’t like to talk with strangers. But once they entered the water, those old ladies were so energetic and strong. They didn’t look like who they were on land. They were shy at first, but once they opened their minds, the ladies became very chatty and loved to joke around.

When did you think about becoming an Ama for the first time?

When I first thought of becoming an Ama, it was at the Ama Symposium in 2013. In the symposium, I learned that Ama can earn a lot of money in a few hours a day and raise their children. My first thought about the Ama profession was ‘it’s a perfect job for women in the current era’. Women who work as Ama don’t need to stop working and earning money and don’t have to give up raising their children. Sometimes we have to choose either one or the other when we get married. I didn’t like that idea, so I was very impressed when I heard about the Ama lifestyle at that time.

Can you describe the time when the thought of becoming an Ama became a reality?

I was originally interested in the Ama because it sounded fun. The old ladies in Ijika told me how fun it is every time I visited the town. So, I started imagining myself becoming an Ama when I got old, maybe around 50 or 60 years old.

When I decided to quit my job and start living with my husband (my husband lived in Ijika and I lived in Nagoya at the time), I visited Mr. Ishihara, the owner of the Toba Sea-Folk Museum, to announce my move. We had known each other for a couple of years since my husband used to work at the museum. While we talked over a cup of coffee, I told him that I have to look for a job after I move to Ijika. Then, he jokingly said to me “Why don’t you become an Ama then?”. My husband laughed and shook his head. But I said, “Oh, that’s an idea.” I was working for a major company in Nagoya at that time. I loved my job but I always feel it’s difficult for women to make career advances and take care of children at the same time. When Mr. Ishihara suggested becoming an Ama to me, I felt everything became connected and the Ama lifestyle could be the right answer for my longtime questions.

Why did you choose Toba and not another place?

I came to Ijika in Toba because my husband lived there, I didn’t originally plan to become an Ama, so I’ve never thought of becoming an Ama in a different place. But I think I was lucky. My husband was already a member of the local fishery cooperative, so I naturally received permission to become an Ama, even though it’s usually very difficult to become an Ama if you are from outside of the town. People were very kind to me because they knew my husband. They welcomed me and praised my decision to become an Ama. So, I wanted to return their kindness in some way.

What is the most unforgettable thing since you became an Ama?

When I first visited our Ama hut, I was shocked that there was no running water. Every morning, my mentor and her teammates were going to fetch water at a river nearby and carry it back to the hut. I thought nobody in Japan still does that nowadays. I was shocked, but honestly, I was so excited about getting water from a river because I had never tried it before. It was like I was doing something from a picture book or old movie. Now, we have running water and don’t need to go to the river anymore. But sometimes I miss that time.

What is your happiest moment and the most disappointing moment as an Ama?

When I find a huge abalone on a rock, my heart beats so fast and I can’t stop feeling excited. But I have to calm down and consider how to get the shellfish without damaging it. This is so important and a very difficult part of the job. But when you finally get it and the abalone is fine, it’s quite amazing. I pump my fist in the air and say “YES!”. Even though I sometimes don’t get many abalones and can’t earn a lot of money, one big abalone can make my day.

But on the other hand, sometimes I swim and dive a lot, and my condition is pretty good, but I cannot find even a single abalone while other team members can. That sort of day, I feel like I don’t have any talent to be a good Ama. I wonder why I decided to be an Ama knowing that it’s physically tough and the income is unstable.

What is your favorite thing to catch?

Sea cucumbers are my favorite thing to catch. They look gross at first. But when you put them into your net in the sea, their bodies become round and they look like slowly bouncing balls. They look so cute actually. I think only Ama can enjoy and understand this cuteness.

What is your favourite diving tool?

My favorite tool is this snorkel. Actually, Ama don’t wear snorkels. I am the only Ama who uses one because I’m still not good at diving. I cannot go diving without wearing it. Using a snorkel doesn’t make swimming or diving easier, it just makes me feel safe when I’m in the water. Since no one else uses a snorkel in Ijika, people can easily tell that the person with the blue snorkel is me. This is like a symbol of a ‘beginner Ama’. But now, I’m challenging myself not to use it and I am practicing Isobue, literally translated as a seashore whistle, like other senior Ama. Isobue is a special breathing technique that Ama use while they are above water. It steadies their breathing before and after diving and the sharp sound lets other people know where their teammates are. Ama in Ijika are working with 3-5 people in a group. We always watch out for each other and make sure everybody is safe. Someday, using a snorkel may no longer be essential for me and I’ll be able to dive with confidence. I think I might miss the time I wore it, and I’ll recall the tough but joyful days in the beginning of my Ama career.

Is there a senior Ama that you look up to?

My mentor is Torako. She used to be my neighbour, but now my husband and I bought a house in a different location so we don’t live close by. She teaches me the rules and techniques of Ama diving, as well as the traditions and culture of the Ama. I like her not only because she teaches me how to be an Ama, but I respect her personality as well. Whenever she had a productive day, she always shares her products with other team members who couldn’t get a lot. Even in daily life, she always shares her vegetables and flowers she grows in her garden with the people she knows. She taught me that she always prays to the gods to make her a better person. She’s over 80 years old, but still wishes to be a better person. I have so many things I can learn from her. I wish I can be like her when I get old.

What are the first words that come to mind when describing the Ama?

“Energetic women” or “Powerful women”, I think. They are not elegant, definitely not. But you can feel their immense energy when you talk to them and see their work. But the energy and power of the Ama is a different kind than that of men. It’s difficult to describe, but their way of behaving and taking care of other people and respecting nature is very feminine. It’s like the strength and caring of mothers. 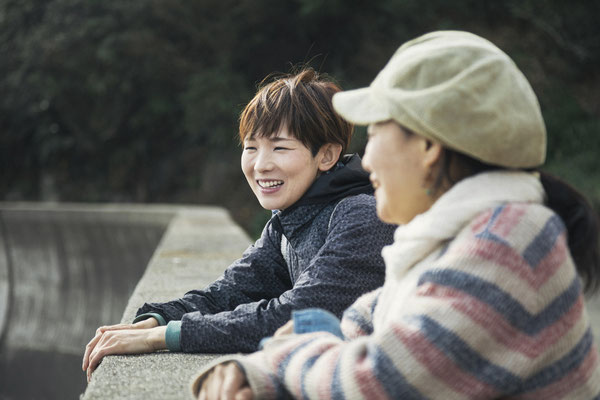 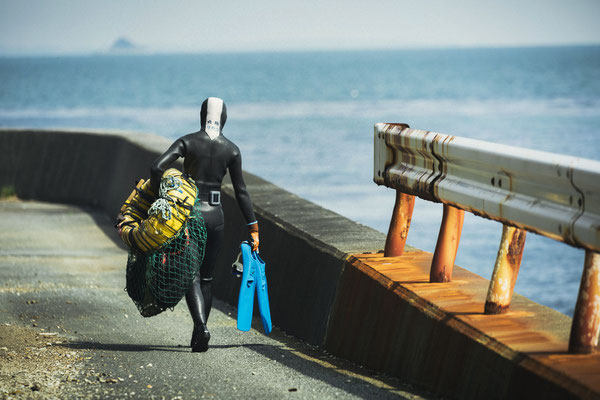 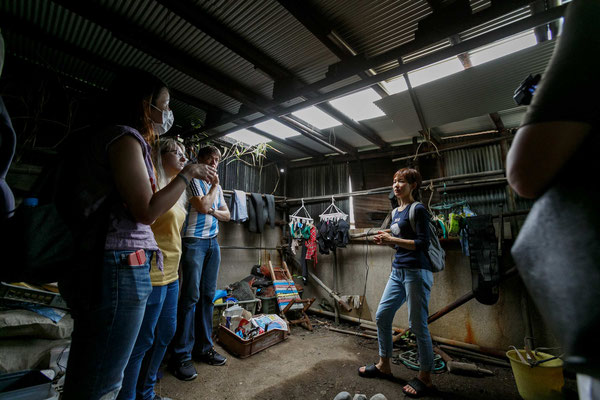